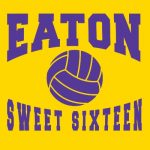 The Eaton High School Volleyball Team captured the program’s 6th OHSAA District Championship on Saturday, October 31 as they defeated McNicholas High School 3-0. They advance to face Athens High School in the OHSAA Regional Semi-Finals on Thursday, November 5 at Vandalia Butler High School at 6:00pm. IF YOU PLAN TO GO TO THE GAME: 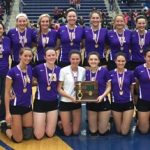 For the sixth time in school history, the Eaton Eagles Volleyball team are District Champions. The Eagles defeated Archbishop McNicholas High School on Saturday, October 31st 3-0 to claim the title. The Eagles previous District Championship titles came during the 1984, 1985, 1990, 1999 & 2000 seasons. In control for the majority of the match, the 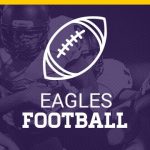 The Eaton High School Football Program will be holding a fundraiser on Monday, November 16 beginning at 11:00am at the Buffalo Wild Wings located at 4661 National Road in Richmond, Indiana. Print off and present the fundraising ticket below and 10% of all pre-taxed sales (less promotional discounts) will go towards the Eaton High School 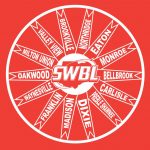 The Eaton High School Volleyball team entered their final game of the regular season on Thursday, October 15 against Bellbrook knowing it was a game. How big? With a win Eaton (18-3 overall and 10-1 in SWBL play) would earn a share of the SWBL Southwestern Division Title with Bellbrook as the Golden Eagles entered the game 18-3 (11-0 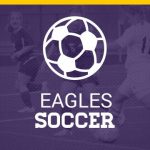 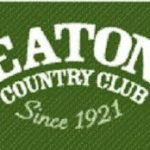 With historical Fort St. Clair Park closed due to tree removal work taking place in the park, Eaton Country Club stepped up in a big way to support the students of Eaton High School & Eaton Middle School. With two large invitational events on the horizon and suddenly without a facility to run them in, 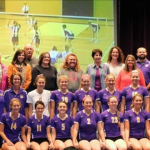